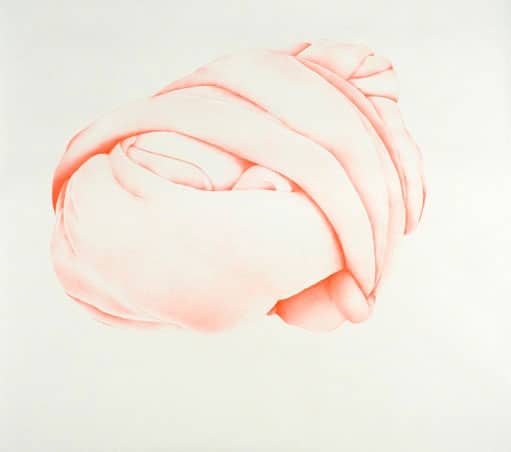 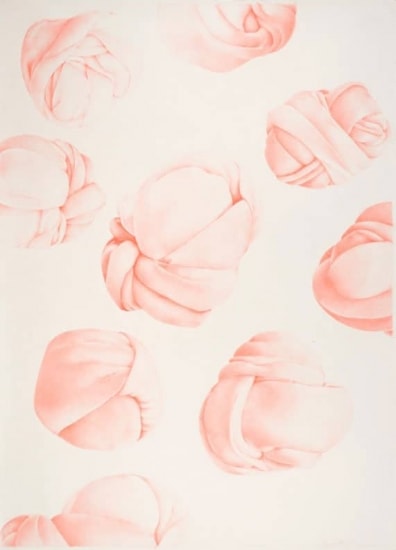 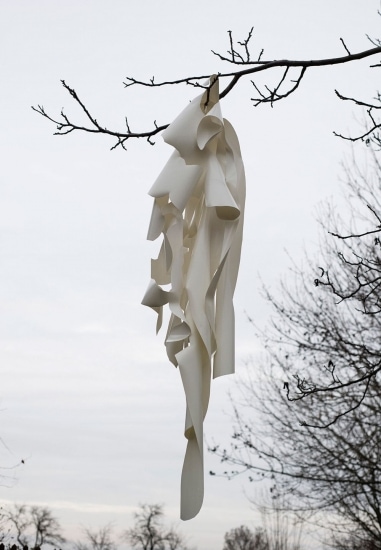 From a distance it seems like Frenzi Rigling has left behind messages on the walls. When we approach, however, the text disintegrates into illegible codes. The colourful fragments aren’t letters but the spaces between them.

In her artistic work, Frenzi Rigling seeks the spaces between things. Omissions and vacancies. That which is written between the lines. Thus, in the poetic novels by Corinna Bille (1912-1979) she finds committed to paper what the female characters – and many women – cannot put into words. Rigling whirls these words into the air and allows them to reconfigure themselves.

Frenzi Rigling utilises her mother’s scraps of fabric. Textile remainders of which her mother couldn’t say why she kept them. Empty spaces let us make out the dress that was once sewn from them. They call to mind a blouse, even decades later. The omissions create maps. This time, it is captured by a thick, white thread on a blue background of wistful possibilities.