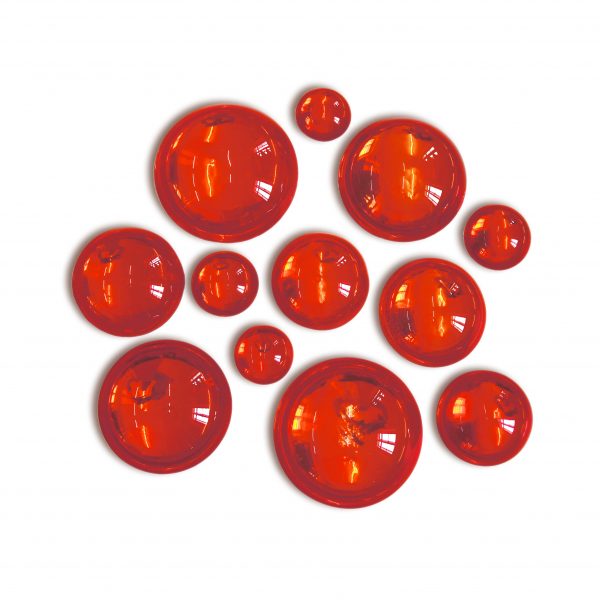 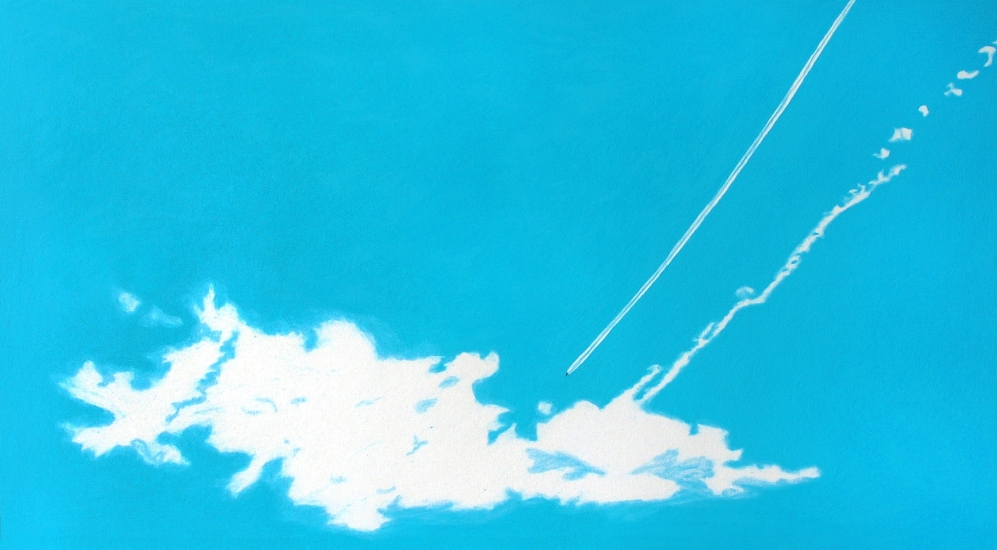 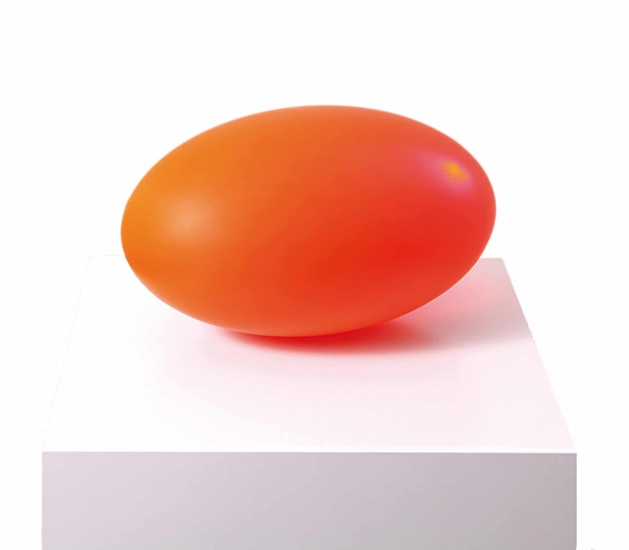 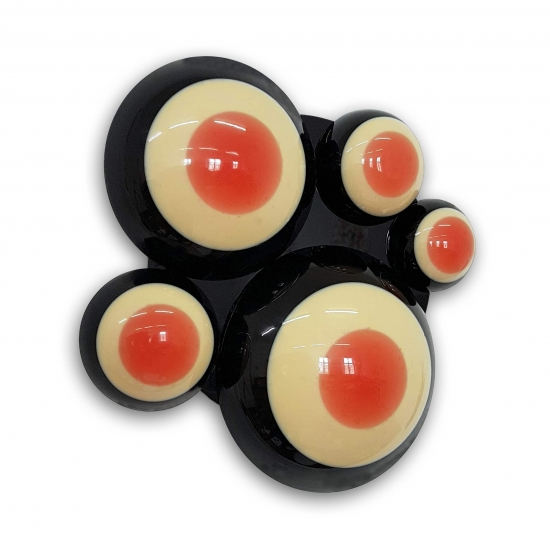 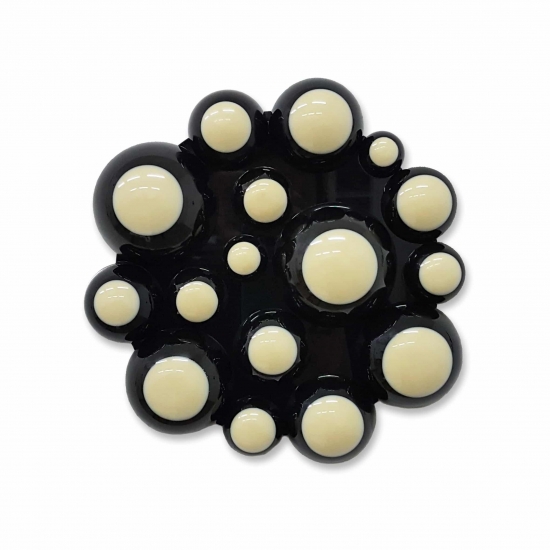 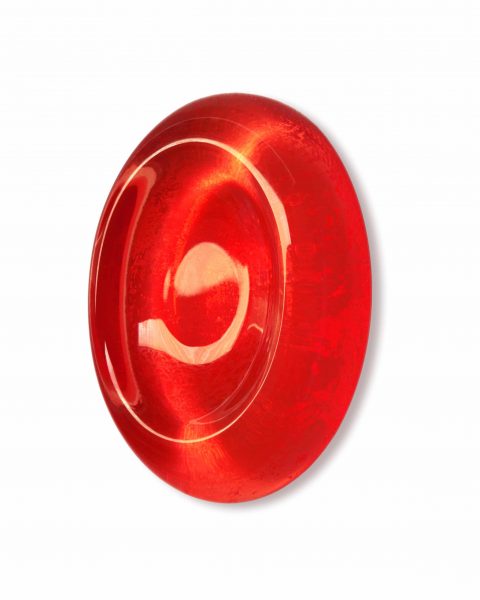 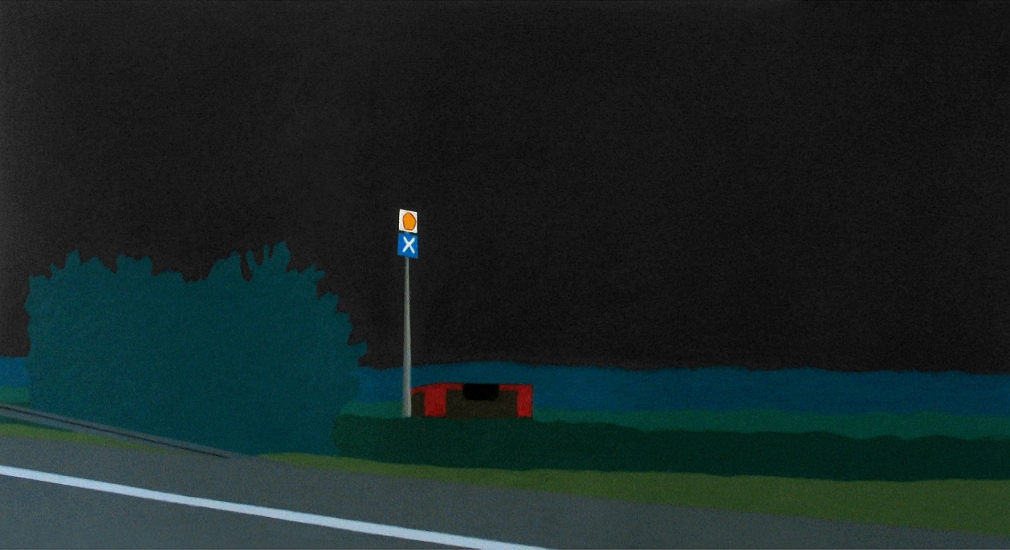 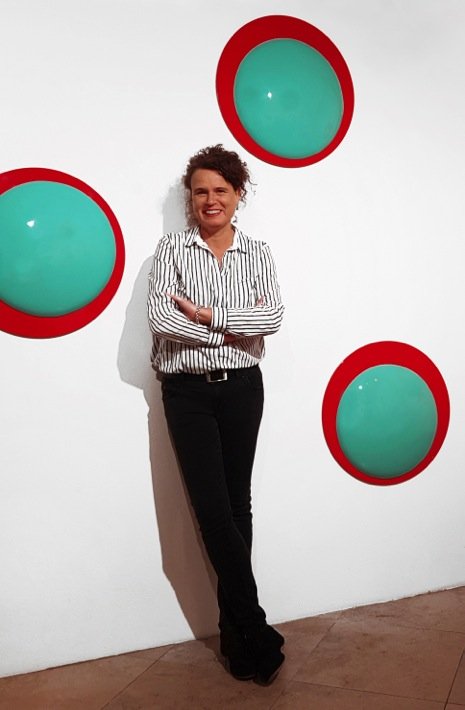 I was born in 1966 in the German industrial city of Leverkusen and grew up with a view of the world’s largest illuminated billboard, the Bayer cross by the chemical company of the same name.

During my studies I began to work on objects that utilised mundane everyday objects as source material, such as bathing caps or nylon stockings. Through their new presentation, through stringing together or alienation, they were formulated in new ways. Form, colour and material were to mutually heighten each other, correspond with one another and reference something beyond the concrete.

After continuing studies with concept artist Timm Ulrichs in Münster, I moved to Cologne in the early nineties. At this time, I began exhibiting my work in art spaces as well as urban areas, seeking confrontation with an unprepared audience. In selected places, architecture-based window installations from coloured translucent foil that reacts to light were created. At the same time, I began to draw pictures with coloured pen and oil crayon, using own photographs as sketch material. Drawing opened up more freedom for me as regards selection of colour, composition, as well as the combination of different motifs. In addition, it offered me personal autonomy. The result were drawn travelogues, such as the image series “Wirklichkeiten” (Realities) and the series “Zurück nach LEV” (Return to LEV) – the result of the impressions of my birth city with a focus on its industrial urbanity. During a residency at the artists’ village Schöppingen, I drew the series: “Hierhin und Dorthin” (Hither and Yon). Motivated by my weekly journeys from Cologne through the Münster region, vastness and how to surmount it became a topic for me. I am inspired by the endless sky intersected by airplanes and the flat landscapes crossed by autobahns.

After the birth of our daughter Zelda, I moved to Styria, Austria, with the sculptor Thomas Stimm. There, I focused increasingly on my three-dimensional work and objects were created using different synthetic materials, which are a symbiosis of object representation and concrete art, as well as between painting and sculpture. Inseparably, geometric forms and vibrant colours converge to create an autonomous body of colour, without denying the mundane original object. Currently, I am casting mainly round objects from coloured, partially transparent, partially opaque epoxy resin, increasingly leaving the specific point of reference behind and focussing more on a reduced vocabulary of colour and form.

Short text on the objects

With her objects, Uta Weber creates the perfect symbiosis between object representation and concrete art, as well as between painting and sculpture.
Inseparably, geometric forms and vibrant colours merge to create an autonomous body of colour without denying the mundane original object that is seductively heightened in the reciprocality of form, material, colour and impression.
With her reduced vocabulary of form and often monochrome, potent materiality and surfaces in unusual materials, the artist achieves an exceptional clarity and presence in her work.

In her drawings, Uta Weber captures events that we usually register only fleetingly in a strangely emptied timelessness.