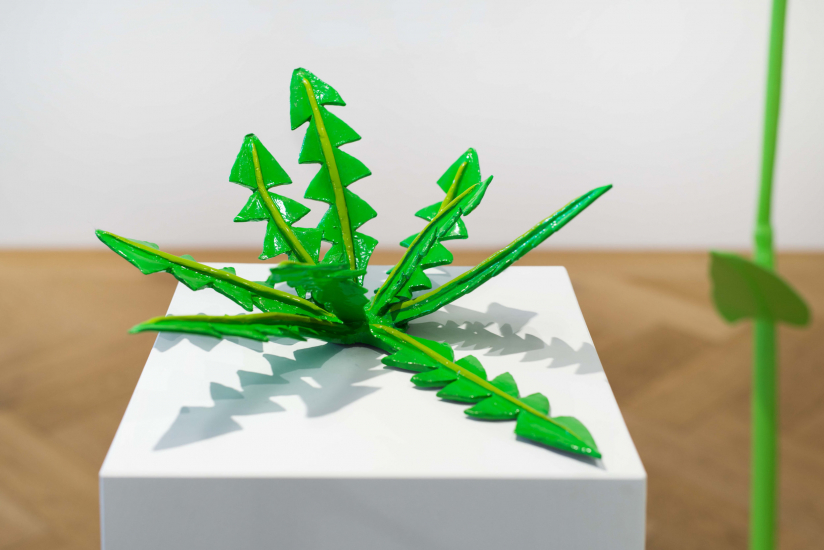 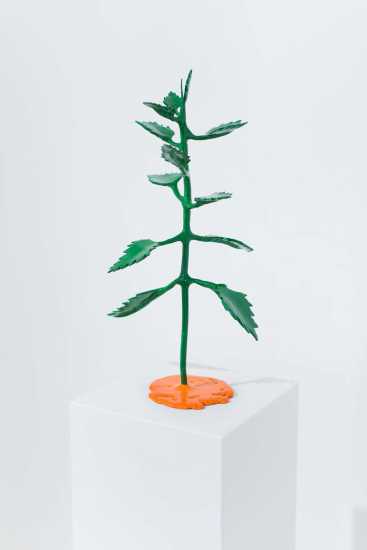 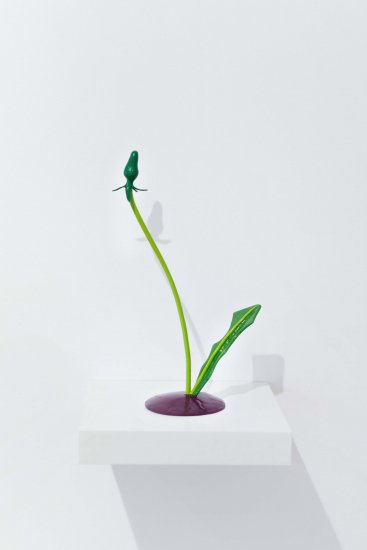 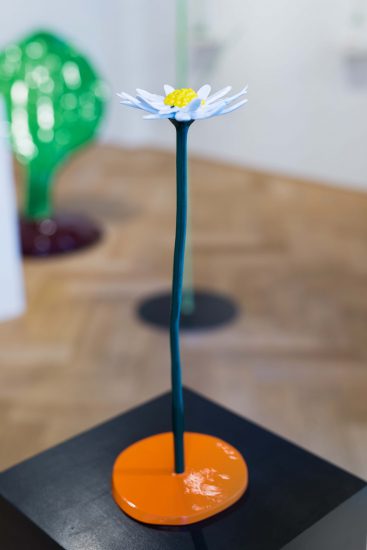 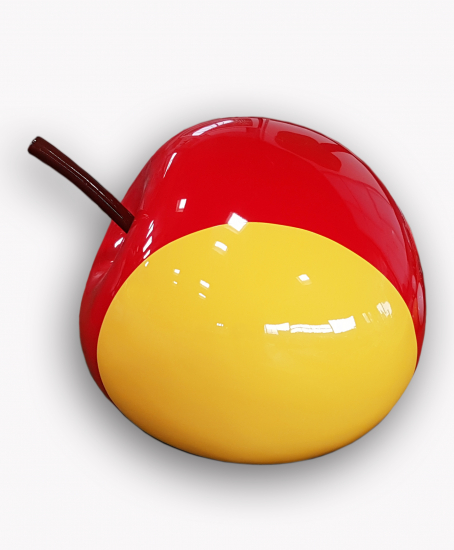 Born in 1948 in Vienna. Thomas Stimm lives and works in Styria.

The central motif of Thomas Stimm’s work is the mostly stark-yellow coloured “flower” that he originally created in a smaller format from clay, later as an oversized object in bronze and aluminium. Depending on the environment, be it a meadow or a concrete city space, the artistically formed plant towers over either its ‘real’ fellow members of the same species or it sets a counterpoint to urban life.

The “flower” in varnished aluminium is characteristic of the Austrian sculptor’s work, who has been interested in natural objects, plant and water worlds as well as individual flower figures since the 1980s and places these in interior and exterior spaces in an alienated form both in terms of proportion and colour. The reduced minimal form vocabulary underlines the inevitability of experiencing the natural world.

However, Thomas Stimm categorically rules out any metaphorical meaning of his flowers: they do not stand for something else, but always for themselves and are to be unmistakeably presented in this relevance that rests within itself. After his studies at the Academy of Fine Art in Vienna, under Max Weiler amongst others, Stimm dealt in various ways with ‘size’. He created miniature worlds or large-format ceramics that were at times transferred into plastics or aluminium using digital techniques.

“I think,” says Thomas Stimm, “that nature has a similar meaning for art as love does for music.”