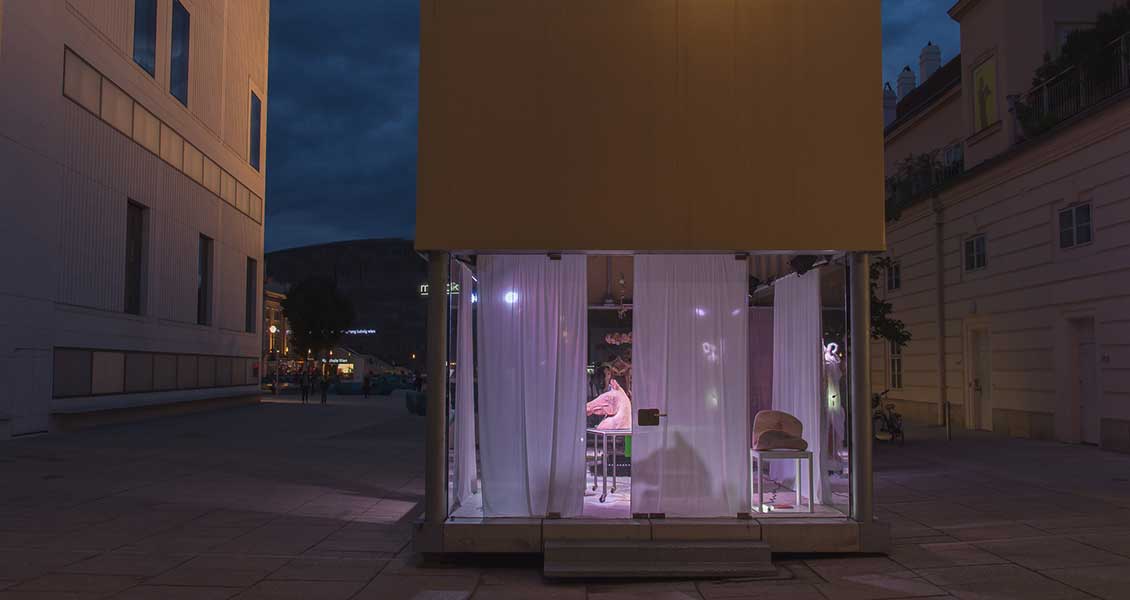 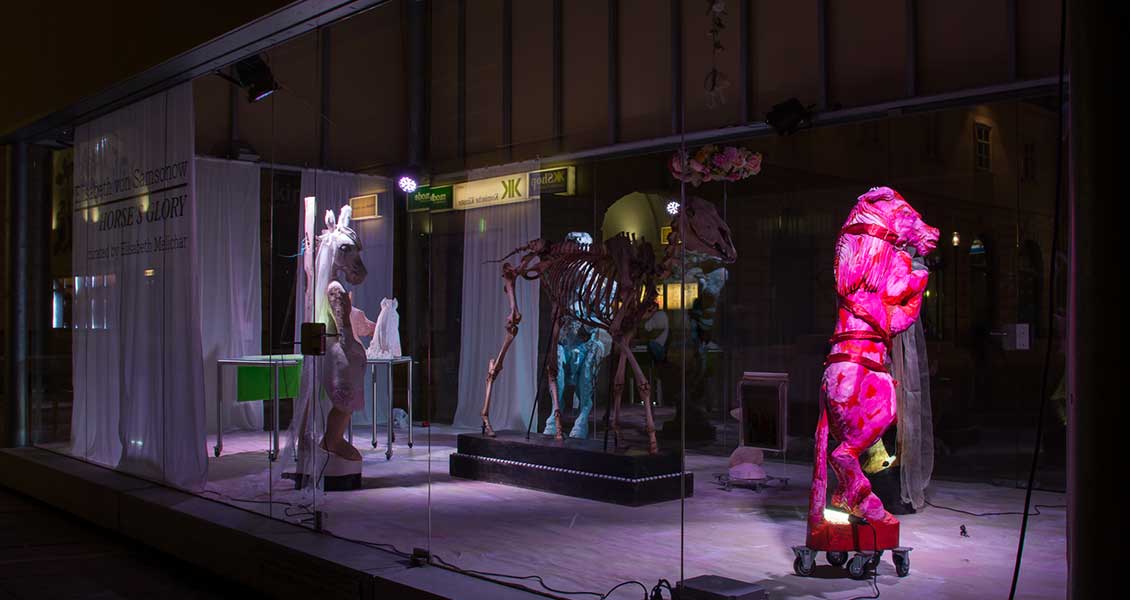 The installation makes reference to the history of the MuseumsQuartier, which once served as the court stables (planned by Johann Bernhard Fischer von Erlach, commissioned by Emperor Charles VI. in 1713). The so-called Spanish Stable was one of the largest royal stables in which – according to the famous Eipeldauer letters by Joseph Richter from the late 18th century – the horses’ «lodgings were more beautiful than those of the emperor himself». Today, artworks “live” in the stable. The installation by Elisabeth von Samsonow pays homage to the horse. The horse as a phantom of the museum and cadavre exquis – the skeleton of Empress Elisabeth’s favourite horse – is encircled by the dance of Elisabeth von Samsonow’s horse sculptures. A looped video on the front side of the Art Box addresses the topic of the mysterious-romantic relationship between horses and girls.

Back Overview Elisabeth von Samsonow
We use cookies to ensure that we give you the best experience on our website. If you continue to use this site we will assume that you are happy with it.OkRead more