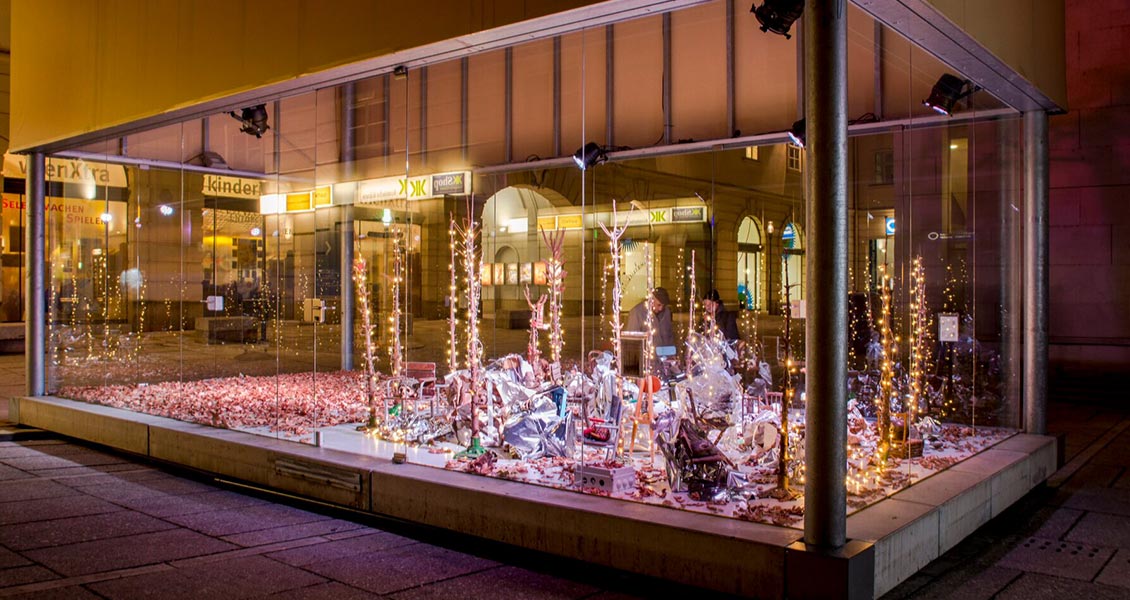 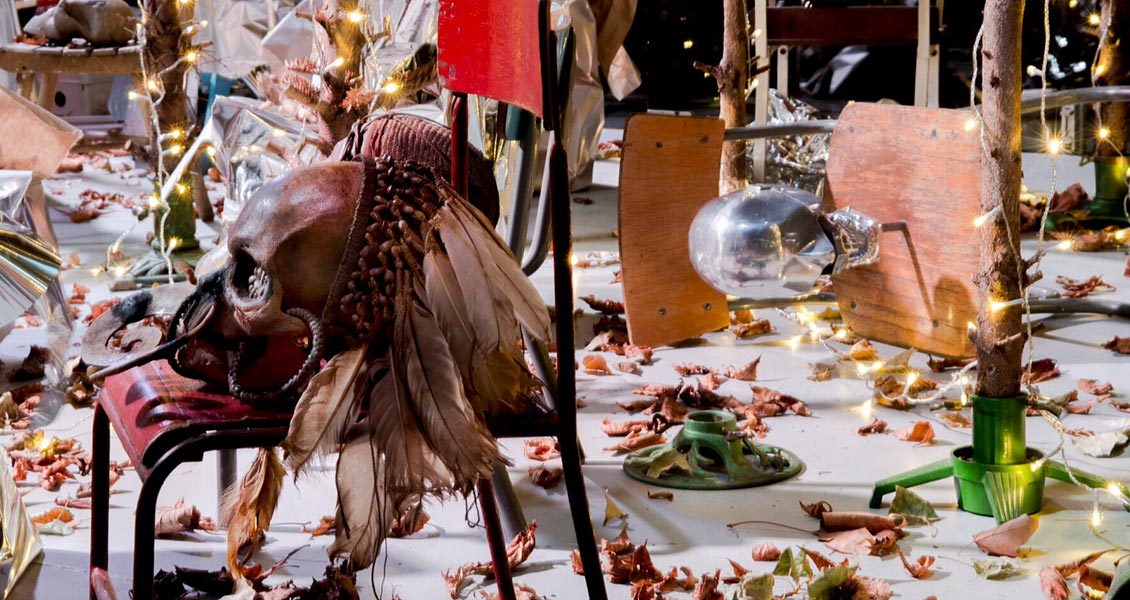 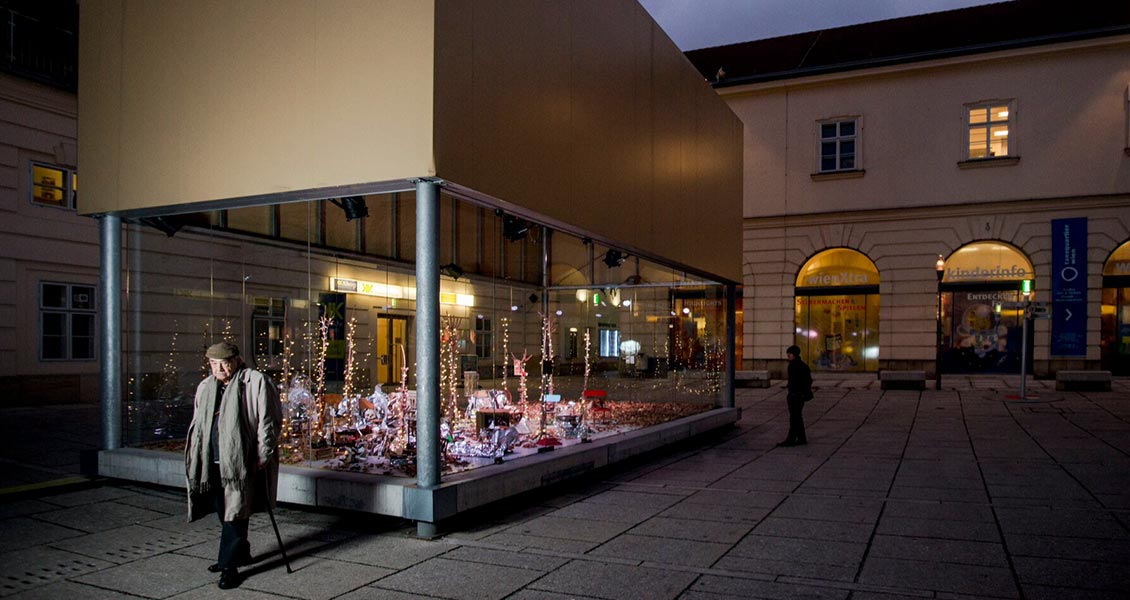 For the Advent season, Daniel Spoerri has interlinked two installations specifically for the Art Box: a few Christmas tree skeletons and the work alpha & omega, created in the years 2010–2015. The first and last letters of the Greek alphabet represent the beginning and the end of life. Children’s and dolls’ chairs serve as bases for the skulls. The objects originate from different cultures: an Aborigine skull from New Guinea with nasal bone jewelry was mounted on a classroom chair from the former GDR. A Celtic skull from archeological finds in Hallein (a gift from the deceased fellow artist Alfons Schilling) “sits” on a sky-blue children’s kitchen stool. Daniel Spoerri first exhibited his Christmas trees without needles in 1981 at the Berlin exhibition “Musée sentimental de Prusse” under the heading “Christmas”.

Back Overview Daniel Spoerri
We use cookies to ensure that we give you the best experience on our website. If you continue to use this site we will assume that you are happy with it.OkRead more